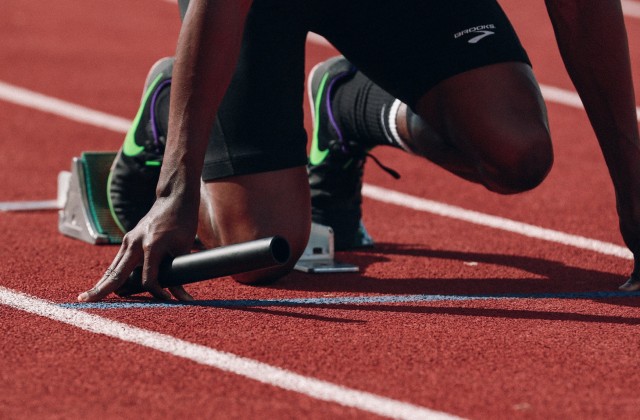 Business Lessons from the World of Sport

It’s been a great summer so far for sport fans. We’ve been treated to the Women’s World Cup, the Cricket World Cup and plenty of other sporting action on the track, field and court.

Whether you’re into playing sport, a keen observer, or a one-in-a-while- watcher, there’s no denying that sport can bring people together.

But what else can we learn from the wold of sport? Let’s take a look…

The importance of goal-setting

With my clients, I’ll often use the analogy of goal setting…if you were playing football with no goal posts or markers then how would anyone ever know if a goal had been scored? We’re firm believers in setting goals that can be easily measured. Most people enjoy a challenge (so long as it’s achievable and realistic) and giving something clear to work towards allows people to rise to that challenge.

Although the amazing success of the British Cycling has now been somewhat called into question, the approach of it’s former performance director, Dave Brailsford, is still something that can be learned from. The concept of marginal gains is to focus on improving every element by a tiny fraction – sometimes only 1%. The idea is that collectively, each one percent adds up, delivering a far greater net effect. In a business setting, to try and increase sales by 10% might seem like an uphill battle. But to improve sales by 1%, whilst also reducing outgoings by 1% and improving productivity by another 1% or 2% can create a noticeable overall effect on profitability.

The vast majority of a professional sports person’s time isn’t spent on ‘match day’ or in competition, but actually in training. From hours spent in the gym each day, to coaching from sports psychologists, time spent ‘off the field’ can significantly influence performance ‘on the field’. Another important element of the preparation process involves analysing video footage of past performances to identify areas for improvement.

In a business setting, working on your finances, developing systems and taking the time to analyse where you’re succeeding but also where there’s room for improvement can significantly help to drive growth and profitability.

One thing that sports people are and their coaches are usually good is identifying and focusing on strengths. For example, once you’ve identified that an athlete has a particular aptitude for long-distance running, you wouldn’t find them in the 100 metre sprint line-up. Similarly, a professional football goalkeeper wouldn’t appear in a midfield position. Sometimes, you really should play to your strengths and leave others to do the things that better suit their skill set.

These are just a few of the lessons to be learned from the world of sport – there are plenty more. One thing that all sports people rely on is having the right team around them.

To make Agenda part of your winning team, please get in touch with us.